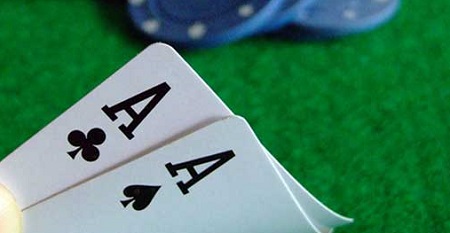 A Quick Look at Blackjack Hole-Carding

Since single-deck games of Blackjack used to be prevalent in casinos in the early days of casino gaming, many establishments in Las Vegas and elsewhere would continuously end up falling victim to crafty players significantly increasing their edge over that of the casino by indulging in so-called hole card play.

In-cahoots front-loading leaders aside (we won’t be touching on these for the purpose of our article), front-loaders are dealers who accidentally either expose the value of the hole card to players as they pull hole cards from the deck, or during the process of sliding hole cards under upcards (the exposed dealer-card).

But even in the event of multiple decks of cards being fed the dealer with the help of a shoe, hole-carding remains possible even today.

A typical Blackjack player decision hinges on making play-decisions based solely on seeing one of the dealer’s cards, i.e. the upcard. However, the player who by whatever means identifies the dealer’s hole card, and then proceeds to play the correct Blackjack strategy, ultimately ends up enjoying a theoretical advantage of up to 13 per cent over the house – this versus the typical 4 per cent disadvantage suffered by the Blackjack player using no strategy at all, i.e. playing on a hunch, superstition, etc.

Despite dealers being carefully trained not to expose their hole cards, some dealers will still fall into slipshod or sloppy dealing habits that mistakenly allow the attentive player to “read” the dealer’s hole card, or “down card”.

Whenever a front-loading dealer is at work, the hole card will inevitably be visible to more than one player at the table, all depending on the seating order. Visibility is typically best from the so-called third base, or middle of the table seat. The exception is left-handed dealers, which changes the best-visibility position to first base.

The Law of Averages

Practically speaking, the player with knowledge of the dealer’s hole card is seldom able to achieve the entire 13 per cent advantage, even when playing a perfect Blackjack strategy. This is because taking full advantage of the knowledge obtained would immediately alert casino management to the fact that shenanigans are at play.

But there’s another reason for this also, which is that of reading errors.  Due to angle, hole-carding players may sometimes obtain an incorrect “reading”, i.e. 10 of hearts mistakenly read as 6 of hearts.